If you’ve read my blog in the past, you might remember the blog post where I shared that my supposed best friend was not at all happy when I was losing weight.

One of the many ways she expressed her displeasure at my rapidly changing appearance was a snide remark she made when she saw this picture taped to the refrigerator in my kitchen.

She said, “What’s that picture doing there?”

She said, “You don’t think you can be that size again, do you?”

I remember standing in my kitchen looking at her dumbfounded. Finally I said, “Well, I’m certainly going to try.”

If you look at the picture, you can see where that it used to be in a frame. When my weight increased by almost 100 pounds during my first pregnancy, I decided to put the picture away. Before I took it out of its shiny gold frame, I held it in my hand and cried a little bit. I thought to myself, “Why had I let myself get so big and fat? Why? Why?” Surprisingly, instead of crumpling the picture up and throwing it in the trash, I put it in a drawer, sighing in resignation over the fact that I’d never look like that again. Or would I?

John asked me one time what had happened to the picture and I just shrugged as though I did not know. But the truth is that I put the picture away because I no longer looked like that, and whenever I saw that picture it reminded me of how much I had changed.

Every so often throughout the years that I struggled with morbid obesity, I’d come across that picture when cleaning out a closet or a drawer.

When I finally got serious about losing weight I searched through all my bedroom drawers until I found that picture buried under some t-shirts that no longer fit me. I took the picture to the kitchen and taped it on the front of the refrigerator.

I decided it was my inspiration picture.

That picture filled me with hope.

The picture also helped me when I felt weak and wanted to eat something that I really didn’t need. After all, the refrigerator held the makings for sugar cookies and the pantry was right next to the refrigerator!

The picture did not defeat me. Instead, it inspired me to look and feel the best that I could. It inspired me to keep walking every morning and to keep making healthy food choices.

It still inspires me to maintain my 150 pound weight loss.

I’d like to put a challenge out there for you.

Find something that inspires you and post it on your blog or display it somewhere in your house. It doesn’t have to be a picture. It can be an old sports trophy, an item of clothing, or even a letter from someone you love.

When days get tough you can look at your inspiration item and find encouragement and motivation to continue on your path.

Do you already have an inspiration picture or can you see where this might be a good thing?  Diane

Although I’ve never read the entire book 7 Habits of Highly Effective People, I did pick it up at our library and skim through it one afternoon. The book made me think about how modeling our behavior on proven, successful models helps us in a lot of areas.

For example, rather than reinvent the wheel every time I need to teach one of my children a new math concept, I use tried and true methods that have worked for thousands of kids before.

When it comes to weight loss, there are tried and true habits that can work no matter what your dieting philosophy is, no matter your gender, no matter how much weight you need to lose, and no matter your age. Of course you need to find your own eating plan that works for you and the exercise regimen that fits in with your lifestyle, but there are certain habits that successful losers tend to have in common that you can learn from and apply to your own life.

I came up with a list of seven because I have seven kids and I like that number. 🙂   I also based the list on what the National Weight Control Registry found helped successful losers not only lose weight but also maintain their weight loss for years. I am a member of that registry and I can tell you that their research tracks very closely with what worked, and continues to work, for me. 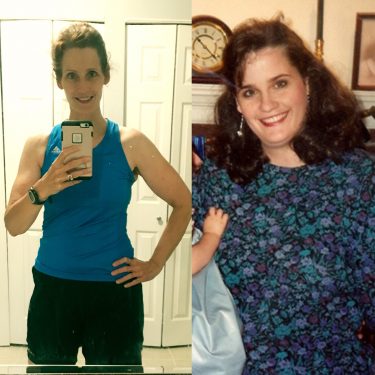 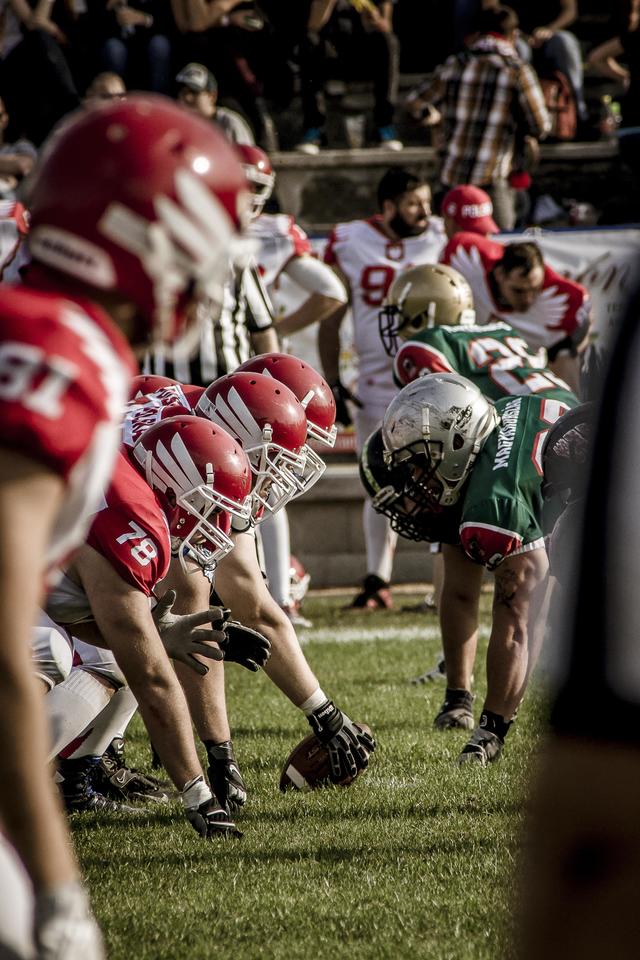 I’m not a big sports fan in general.  I didn’t participate in organized sports in high school, although I did attend the football games because I was in the band.  During my college years I became more of a football fan as our team, Florida State, was on the way up, and it was exciting to be in a stadium full of tens of thousands of people.  Once married, John and I went to the FSU games when we could afford it, and always had a good time cheering, drinking diet cokes and eating cheese nachos.

Once the children started coming along we rarely went to the games, but we did watch them on TV.  As I gained weight over the years, I always kept my actual weight a secret from John.  After all, he probably didn’t notice that I was a “bit” bigger than I used to be.  But one fall day, John and I were sitting on the living room couch watching FSU play, and the commentator said, “On the defense is “so-and-so”, who is 6′3″ tall and weighs a whopping 285 pounds.”  I couldn’t help it.  The words came out of my mouth – “I weigh more than he does.”  John whipped his head around and said, “No you don’t.”  I insisted I did and we both sat there, astonished and silent.  I can’t speak for him, but I’d wager that he was shocked.  I was shocked that I actually said it out loud.

I was also so upset when I realized that I weighed more than a famous college football player.  How could that have happened?  That guy was HUGE.  His neck was gigantic, his shoulder were enormous and his legs looked like tree trunks.  Surely I wasn’t that big.  And although he and I were similar in weight, that’s where the comparison ended, because I wasn’t nearly in the shape he was in.  I was all soft and fat, whereas he was all muscle.  Instead of it making me upset enough to finally get on with losing weight, the realization that I was bigger than most of the FSU football team sent me off the couch to the pantry for fortifications.  I made some chips and cheese for halftime, and later washed it down with diet coke and ice cream.  After all, I reasoned, I couldn’t do anything about my fatness that day, so I might as well enjoy the rest of the game.

But I was wrong, because I could have done something about my fatness right then. But I chose not to. I chose to sit down and eat more and more food, hoping that I’d be able to drown my currently reality in chocolate. I couldn’t.

As the years went by I often thought of that afternoon, and it became something I tried to joke about.  But every time I made a joke about it, I lost a little bit more confidence in myself.  Day by day I’d realize that I was still bigger than that huge guy, and day by day I’d do nothing except eat.  It would be several more years before I finally got serious about my weight.  I’m so glad that so many of you aren’t waiting for another day or another year to make a change. Every day that you live is another day to improve your health and make better choices.  Even small amounts of weight loss are beneficial to your physical and emotional health.  Diane