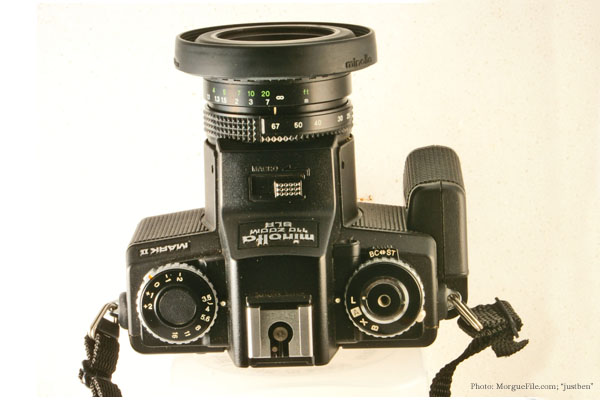 There was a time, long, long ago, where your camera did not have a little screen on the back, but rather had a compartment for film. Some of you may be too young to really remember this, but back then you had to take your film to be developed and wait for it to be developed. The “1-Hour Photo Developing Stores” were miraculous compared to how my mom had to wait for a week to get her pictures developed.

During my morbidly obese years, I’d be horrified whenever I picked up my photos from the film developer. Not horrified by seeing my adorable children on the photos, but horrified when I saw myself revealed on the small photograph. Time after time I’d glance at a picture of myself, stop cold in the act of shuffling the pictures, and literally gasp.

Who was that huge person in the picture? Me? Really?

I knew I was heavy, knew I had outgrown clothes in stores, but often times I had a very difficult time seeing what I looked like to other people.

Before I got home, I’d throw the pictures I did not like of myself in the trash bin of the car, trying to remember to clean out the bag before John did. I kept the important pictures like holidays or my birthday, but tossed a LOT of the other ones. That is probably why my “before” pictures are not posed shots but generally random shots of me when I wasn’t paying attention or had just relaxed my defenses.

Time after time I’d see pictures of myself, and stare in disbelief. Every single picture surprised me. This probably says something about my lack of self-perception, but it is how I felt. Surprised. There were certain pictures that were worse than others, like this one:

When I saw this picture of myself, I loved the baby but hated myself.

These days, it is much easier to just press “delete, delete, delete” on your digital camera to remove offending pictures or to just “delete” the pictures from your computer or phone. I’ve talked to a lot of overweight people who have confessed that they have deleted hundreds of photos from their lives because they did not like the way they looked in the picture. I think I would have loved a digital camera back then although that might have resulted in even fewer before pictures!

A lot of people find an unflattering photo of themselves and use it as the catalyst to get started losing weight. I wish I had been motivated by some of those really awful pictures of myself that I threw away throughout the years, but that was not what did it for me.  Rather than bad pictures spurring me to action, the pantry was my solace.

I wish I had been more confident in myself, and been able to appreciate all the good things I had to offer my family without so often wrapping it up in my appearance. But I wasn’t there yet. I still tied my self-worth up with my appearance, and that wasn’t good for me in the long run.

The woman in my pictures wasn’t the woman I wanted to be – either appearance wise, or confidence wise. How I long to have those obese years back, and really take the time to appreciate every single good moment I had with my family, instead of experiencing so much self-loathing and unhappiness.

What does your camera reveal about you? Can you go beyond the appearance and appreciate all the good things you have to offer the world? Can pictures of yourself start spurring you into action, getting healthier and more fit, and more able to make a positive impact on your world? What do you think? Diane

Previous Post: « How to Use the Scale to Your Advantage
Next Post: Show Me The Perfect Way To Lose Weight »