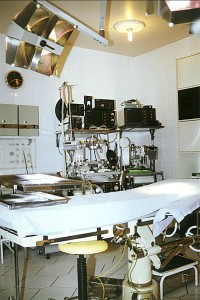 I get this question all the time, and when you get to where you want to be, you might just hear it too.

“Did you have gastric bypass surgery?”

I did not have gastric bypass surgery. Why not? Well, for me there were a couple of different reasons. One reason is that I’m scared to death of medical procedures, surgery in particular. That alone was enough to discourage me in a major way. Another reason I didn’t have surgery was because we couldn’t afford it, and the third reason was it just wasn’t as common fifteen years ago as it is today. The fourth, and most compelling reason was that I just had a feeling somewhere deep inside myself that I could do it. I had a terrible track record with weight loss attempts, but I still had hope for myself.

As a perpetual dieter, I knew I was able to lose weight. I had lost the same 20 pounds at least 10 times during my obese years. The 20 pounds reappeared the minute I went back to normal eating, usually bringing a few of its friends along with it. So it wasn’t as if I thought I wasn’t capable of losing weight. It was just if I could actually stay committed and focused long enough to see the number on the scale move into a healthy range. Because somewhere in my heart I understood that I could do it, I didn’t consider surgery.

Do I condemn people who have had gastric bypass surgery? No, definitely not, absolutely no way. I believe that every person has the right to choose the best way for them to regain their health. Having surgery is never the easy option, even if the media portrays it as such. The proliferation of weight loss shows publicizes gastric bypass surgery in a way not seen 5, 10 or 15 years ago.

For me, it turns out that losing weight on my own gave me the same results as gastric bypass surgery without the pain, cost, or continued medical monitoring. By losing weight the “old fashioned” way, I was able to enjoy a few benefits that people who choose to have gastric bypass surgery lose. The most obvious benefit is that I didn’t have to undergo major surgery, with the possibility of complications. Another benefit of losing weight on my own was that I had a lot of opportunities to practice good eating habits, and retrain my brain when it came to food. A third benefit was that I was forced to confront some of the emotional issues that surrounded my fascination with food.

The last two benefits came with a lot of emotional struggle, and difficult times. There were situations that arose during my year of weight loss that had I not had a firm plan in mind, I would have probably given up and stuck my head in a bowl of ice cream. But because I knew that losing weight wasn’t something to be put on the back burner until an easier time came around, I perservered. Had I had gastric bypass surgery, I would have still lost the weight, but would I have been able to conquer my love/hate relationship with food? I’m not sure.

When I finally got to where I wanted to be, I realized that in some ways, I had the chance to start over with my life. I had rid myself of a lot of bad food habits, learned to love food in the right way, and learned a lot about myself. If you are considering surgery, I’d urge you to speak with your doctor, and do a lot of soul searching. There may be another way out for you. Surgery may be the only option for some people, but for me, old fashioned weight loss was my best option. What’s your best option these days? And what are your thoughts on gastric bypass surgery?  Diane

Previous Post: « Is Walking Alone Enough to Lose Weight?
Next Post: As Big As a Football Player! »