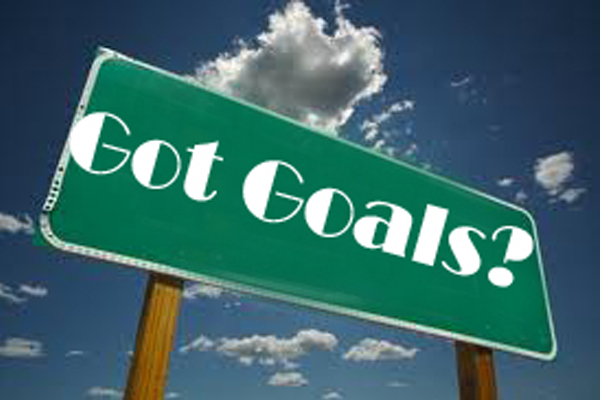 Do you set a goal weight when you set off on a weight loss journey?

I’ll share with you how I decided what weight I’d like to be, and I’d be really interested in hearing what your thoughts or ideas are on the subject. When I started on my 512th attempt to lose weight I didn’t really know where I would end up. Frankly, I wasn’t even sure I’d stick with my plan.

So in the beginning, my initial goal was to: LOSE WEIGHT.

That’s right, I had no real end point because I couldn’t let myself believe that I might actually have some success. So after several weeks of steady weight loss, I began setting some small weight goals. “I’ll be so happy when I’m under 270.” Then, “What will it feel like to be 249?” And so on.

Little by little the weight came off, and even after I had lost the first 100 pounds, I still didn’t have a firm goal weight in mind. The more I lost, the more people asked me. “When are you going to stop losing weight?” Or, “Are you done yet?” I always answered them in the same way, “When I get there, I’ll know.”

Once I got under 200 pounds, there was no stopping me. I knew I was doing it, and everyone could finally tell. But when should I stop? Quite frankly, I could have stopped there. At that point I was wearing a size 16 (I’m tall) and looked about 1000% better than I had before. I think that’s why so many people kept asking me if I was done.

I began really thinking about what I wanted to accomplish with my weight loss. Should I just be satisfied with looking so much better, or should I keep going until I felt much better. I was feeling better at 199 than I had at 270, but did I feel good enough? I decided I didn’t, and still didn’t set a number goal. Over the next several months, as the weight continued to come off, I constantly reassessed how I was feeling about myself, how I felt about my appearance, and rather or not I felt done.

One day, it came. It wasn’t a certain weight on the scale, but rather a satisfaction within myself that I was happy with where I was. I was satisfied. I was done. And I stopped trying to lose more weight, and instead started learning how to maintain the loss.